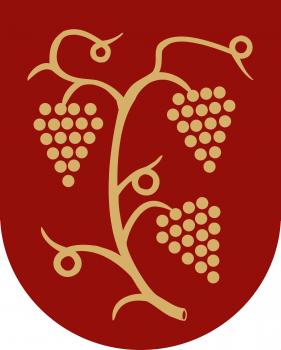 The Židlochovice region nowadays includes 24 villages which are under the political administration of the town of Židlochovice. The region is made up of gentle hills as well as extended plains, the main feature of which is Výhon hill - a protected area of botanical interest. It is encircled by peaceful villages of mostly large and well-kept houses. Ethnographically, this region used to combine several regional dialects – mostly Haná and Horácko dialects with some traces of Slovácko dialect. Unfortunately, all these features, together with its former multi-coloured costumes typical of the region, are gradually dying out and becoming history. Time, which flows like the waters of the Svratka river, brings constant changes – both social and economical. The region has a history of war and robber raids since the middle-ages as if until recently its people were to pay a death toll for living in such a generous and fertile country. There were also happier times, rich in social and cultural productivity. One important example is the famous theatre play of the Mrštík brothers, Maryša, which is still being performed today. The character of Maryša was partially modeled on Mrs Marie Horáková, later Turková who lived in the nearby village of Těšany. Another interesting piece of work is a little known book called „The register of the Sobotovice village from 1773, describing what each neighbour payed for its purchased cottage either in cash or by other means.“ The most important cultural site, however, is the ancient Rajhrad monastery, containing priceless old literary documents and other works of art, which were so badly damaged in the last century. Another remarkable site is the Židlochovice manor house, which has been since the middle ages the centre of the lords of the manor and the seat of powerful families such as the Pernštejns, the Žerotíns and the Habsburks as well as the summer residence of the earliest Czechoslovak presidents. Židlochovice and its surroundings are also significant wine regions with traditions dating back to the very beginning of vine-growing in this country. The „Židlochovice Wine Law“ is one of the oldest and most important in Moravia. This region, which is so sunny and warm in summer has a lot to offer. Let us together find and explore its hidden beauty. 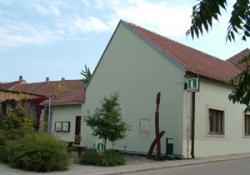 The Regional Tourist Information Centre and wine shop in Židlochovice was established to promote tourism and winemaking in the Židlochovice region.

We provide information about interesting tourist destinations, cultural and sporting events, accommodation and eating out in the region. In the summer months it is mainly cyclists who visit us as the centre is on the Brno-Vienna cycle trail. In our shop we offer wines from local wine makers.

The Židlochovice region history. Although it may seem that the region came into being quite recently (In 2003 after the reform of the state administration the town of Židlochovice became a “small regional town“), the area has a much older basis. The oldest references to individual villages come from as early as the 12th century. The villages originally belonged to different owners – Czech princes and kings, noble families, and to the Rajhrad, Třebíč and Žďár monasteries. When in 1502 king Ladislav Jagiello transferred the property of Třebíč monastery to the personal property of Vilém of Pernštejn, which included the villages of Vojkovice, Telnice a Sokolnice, he did not know that in doing so he gave rise to a new estate which survived until 1918 and became the historical basis for the present region. Vilém of Pernštejn was at that time the owner of the villages of Žabčice (since 1481), Nosislav (since 1485), and Křepice (since1498).

In 1508 he bought from Ladislav of Boskovice the Židlochovice estate (which at that time were the villages of Židlochovice, Unkovice, vanished Kovalov, Blučina and the lake near Hrušovany), and in 1514 he was given and dedicated as a gift by Ladislav Jagiello the villages of Pohořelice, vanished Borovsko and Prohersko. This created the basis of an estate which later included also the villages of Měnín (originally seigneurial), Medlov (from the lords of Medlov), Unkovice (from the property of archduke Bedřich), Přísnotice, Syrovice (belonging to the lords of Boskovice), Hrušovany and Ledce (joined to the estate in 1590). In this way, the villages created one unit – the estate around the Židlochovice fortress, later rebuilt as a manor house. Outside the estate there were the villages of Rajhrad, Rajhradice, Opatovice, Sobotovice, Holasice, the abandoned village of Čeladice and Otmarov, which were associated with the Benedictine monastery in Rajhrad. Bratčice, on the other hand, belonged to the Dolní Kounice monastery and estate. 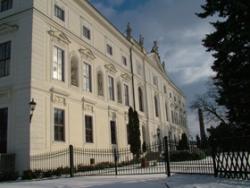 Between 1855 – 1868 and 1949 – 1960 Židlochovice was also the central administration district. This district vanished in 1960 when it was divided in two parts – one part belonged to the Brno-venkov region and the other part to the Břeclav region.

The last reform of the state administration, on which the Židlochovice region was established, was done in 2003 when district offices were abolished and their authority was given to the authorised towns and some changes in regional boundaries were made. The Židlochovice region thus „lost“ the villages of Moravany, Nebovidy, Modřice, Hajany, Želešice a Rebešovice, which are under the authority of the town of Šlapanice and the villages of Malešovice, Kupařovice and Odrovice now belong to the town of Pohořelice. 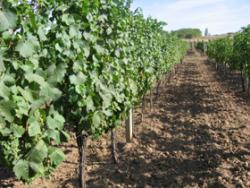 Židlochovice and its surroundings are an important wine-growing area with traditions going back to the very beginning of vine-growing and viticulture in this country.

Archaeological discoveries show that grape vines have been cultivated in south Moravia since the first centuries of the Christian Era owing to the influence of Roman garrisons. A significant expansion of vine-growing and viticulture started with the spread of Christianity during the times of the Great Moravian Empire. The production of wine has always been quite an expensive business which is why the owners of most vineyards were noblemen, monasteries and rich townsmen. Thus wine has always been something rather exclusive and not only for its liturgical purposes. It is also why wine production required special protection granted by wine laws.

The oldest preserved law of this kind in Moravia is the “Horenské právo židlochovické” – The Židlochovice Wine Law, which was issued by Moravian margrave Jošt in 1379 “to improve our vineyards in the Židlochovice area”. At the same time he appointed the vineyard master and wine law councillors who were charged with the laws enforcement. Wine laws had been exercised in the Židlochovice region before this date but only in the form of customary law.

For centuries the acreage of vineyards in Moravia has constantly changed. The Thirty Years’ War had the biggest impact on the depletion of vineyards. At the beginning of the 20th century, European vines faced total extinction due to the vine-louse disease until it was learned that the European vines could be saved by being grafted on top of American grapevine root stocks.

The region lies on the northernmost edge of the so called above-Danube wine regions, where it is considered cost-effective to produce good-quality grapevines and quality wines. Despite this, wine-growing has for centuries been an important part of agriculture and the way of life in the Židlochovice region

Varieties grown in the region were influenced by a recent preference for quantity rather than quality. As a result the most wide spread variety is Grüner Veltliner, followed by Saint Laurent and Müller-Thurgau. Nowadays, however, with the necessity to compete in European markets as well as changes in legislation there is more chance to grow less cost-effective varieties and produce wine of high quality.

Due to climatic conditions, the region mostly specialises in the production of white wines. Our northernmost position enables the growth of a large of variety of white wines which thrive under these conditions and attain higher quality than red wines.

In recent years a plan has been prepared to categorise terroirs so that they can be evaluated according to their aspect and terrain slope, which are indicators of thermal and climatic conditions of the location and one of the main guides for choosing a suitable grape variety.

The content of certain elements in the soil is important for a successful production of grapevine. For instance burgundy varieties thrive on a high content of calcium, while Riesling, Neuburger and Gewurztraminer and Muscat Ottonel do not tolerate it. Such characteristics can be partly eliminated by the choice of a suitable root stock.

Two wine sub-regions lie in the Židlochovic administrative area. Most of the area is taken by the Velké Pavlovice sub-region and there is also the Znojmo sub-region in the west.

Villages and towns of the region 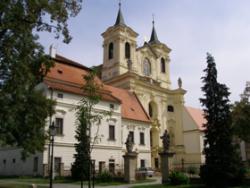 Here you can download the coats-of-arms of the individual villages and towns.

The south Moravian Židlochovice region is rich in cultural and historical heritage. It is attractive especially for history buffs, lovers of nature, good food and excellent south Moravian wine.

The landscape around Židlochovice is full of contrasts. There are wooded hills but also a lowland in the south so typical of south Moravia, full of fruit orchards and vineyards; a fertile and generous land.

In a number of villages old ethnographic traditions have been preserved, especially village fetes where national costumes are still worn for the dances. If you have once seen a Moravian fete, you are bound to come again.

Many important merchant routes were used to cross this area. Nowadays they are replaced by highways and railway lines from Brno to Olomouc and from Bratislava to Vienna.

The area is a favourite for cyclists too. Besides a dense network of non-marked small roads and paths, the region is also crossed by a cycle trail connecting Brno and Vienna. 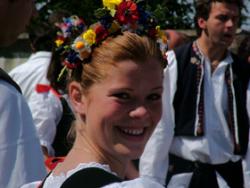 We would like to introduce the Židlochovice region with its history and atmosphere. In order to give you a fuller experience, let us look at the connections between the past and the present, let us explore local traditions.

What are the customs preserved from our ancestors, our views and ideas transferred from generation to generation? Do they differ in any way from other ones and how do they put the finishing touches to Moravian traditions and folklore?

This is something that attracts and enriches us and we would like to share this experience with you.

The ethnography of the Židlochovice region is divided into three areas – most of the area belongs to the Brno region with Hanácké slovácko to the east and Podhorácko to the west. 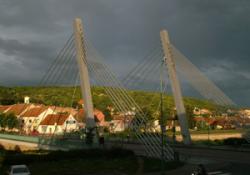 The town of Židlochovice has always been under the influence of the city of Brno, its folk costumes are not as colourful compared to those in Kyjov, for example.

Folk costume for women has puffed sleeves with embroidered brims, a short embroidered vest from red cloth fabric with a low neckline, decorated with a red ribbon and a silver bordering tape. There are three pleated petticoats from dark – dark blue or black linen cloth with a blue apron on top. Another part is a short coat made from light blue cloth fabric and an embroidered short coat. Shoes are decorated and are made of black calf leather.

Folk costume for men consists of long sleeved shirt with puffed sleeves finishing in a wristband, stand-up collar decorated with a blue ribbon. The vest is of red cloth fibre with silver buttons. Knee-length trousers are yellow, decorated with red and green embroidery and with a belt. White woollen stockings, high boots or shoes. In winter there was a short coat from light blue cloth fabric. A large black hat was worn on the head.

(Compiled by J. Peterková, from the works of dr. Ludvíková)

The Židlochovice region offers to its visitors a lot of ways to spend time in an active way. Due to its landscape character there are a number of walking paths and cycle trails. There is the Velké Pavlovice wine path and the international Brno- Vienna cycle trail. Those who prefer good wine can be entertained in one of our wine cellars. We look forward to your visit.